This is a watchface that not only shows the current time, but can also pronounce it in several languages!

The technology "Text-to-speech" is used, allowing to pronounce the text in accordance with the language features and correct pronunciation.

The digital time before pronunciation is converted to a human-friendly form according to the rules of the chosen language. When converting, an informal version of the interpretation of time is used, which is used by people in everyday life.

The watchface is presented in the form of a world map, the position of which corresponds to the selected country/language, on the background in the form of the sky with a dynamic day-night cycle. 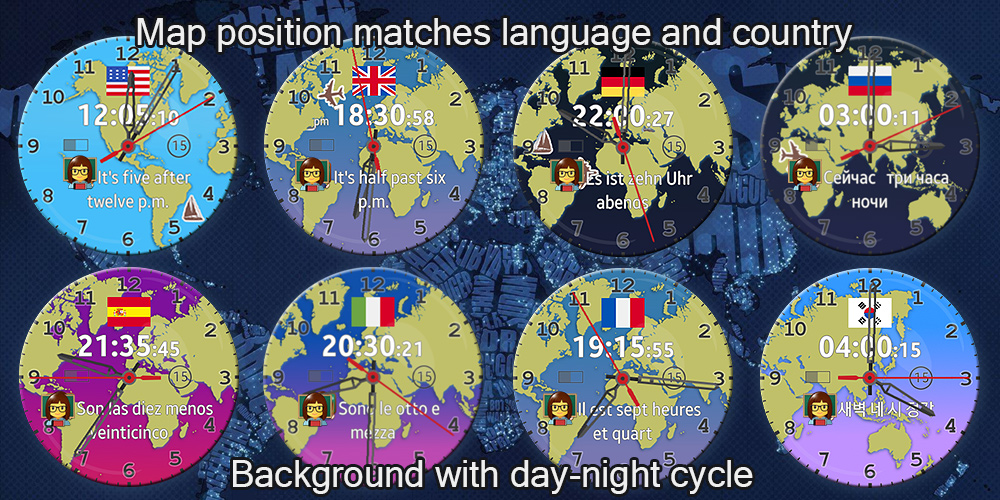 This dial will be not only entertainment, but also a good tool when learning foreign languages.

p.s. For Gear S2, voice pronunciation is only possible in a gsm version with a speaker!

Thanks for support! Pleasant use ;)